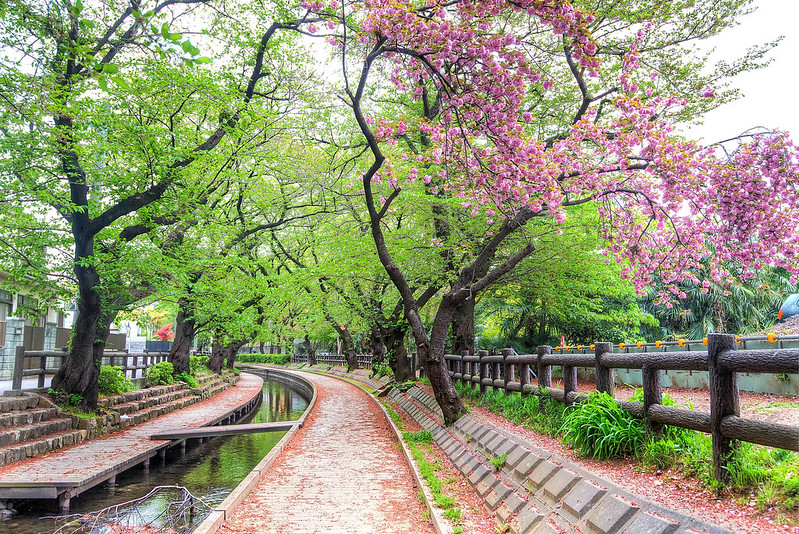 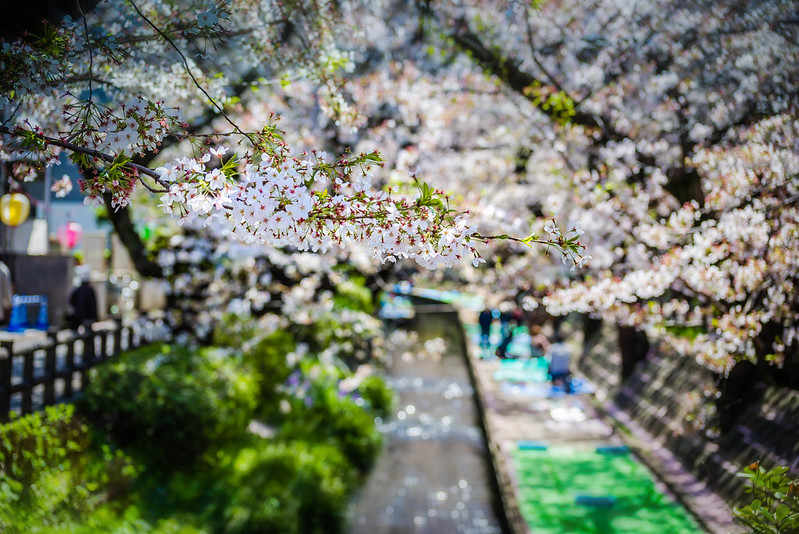 This was a photo almost a year in the making; when I took the first of the four photos back in August, it occurred to me that I could in fact not take one, but four, depicting each of the four seasons.

The fall went without a problem and a cool looking picture in the bag. Winter was what was tricky, for even though it does get cold in Tokyo it hardly snows and even if it does it would at most be a day or two. There are years without no snowfall at all, too. And a picture depicting the winter is never complete without snow in it. So I was eagerly waiting for some snowfall, even a bit, and then… I was greeted with the heaviest snowfall in Tokyo in years! Not bad at all. However, the plans might have almost gotten ruined, for I fell ill during the exact days where the cherry blossoms peaked. However as soon as I was a little better I headed out with the camera and grabbed a decent shot, although past the peak, and thus complete the picture of my dreams.

Seasons in the Sun 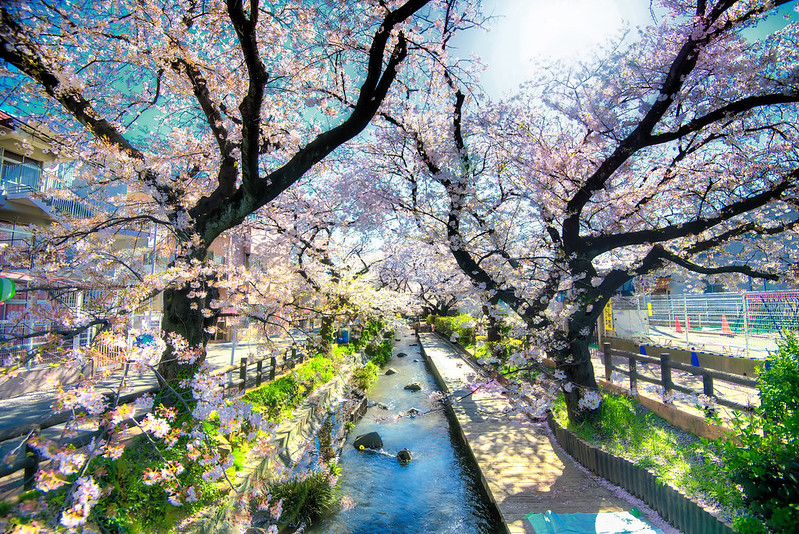 Believe it or not, this is more or less right in front of my apartment; yes I’m that lucky. This small stream and the road alongside it runs for more than a kilometer long and there are Sakura trees (cherry blossoms ) just like this the whole length.

Unfortunately because of work I couldn’t take a day off during the weekdays, and then it rained to add to that so by yesterday they were past their peak which kind of ruins the photo. You can see small brown/green ish budding leaves at the end of twigs. Otherwise there would have been even more flowers, but no matter, it still is an awesome sight. Since I knew better I went there early, around 8.00 a.m., before people gathered so I could take a few decent shots without all the moving folk in them. 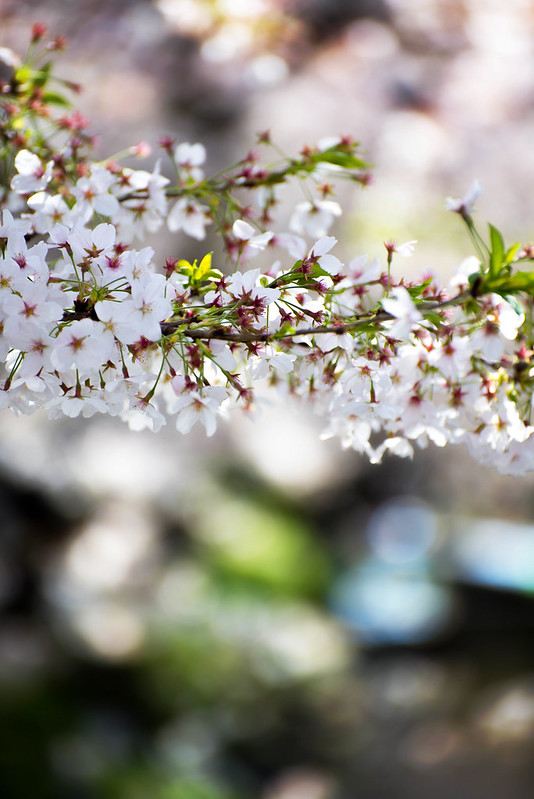 The spring has well and truly arrived!